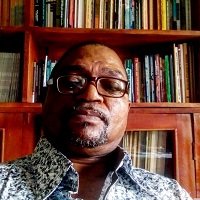 Adigun Agbaje has been Professor of Political Science at the University of Ibadan since 1998. He was Dean, Faculty of the Social Sciences (2003-2005) and Deputy Vice-Chancellor in charge of academic matters (2006-2010) at the same University. He started his teaching career at the University as Assistant Lecturer in 1984 and has since then been teaching Research Methods at the undergraduate and graduate levels. He has also taught Research Methods to senior military, security and paramilitary officers at the National War (later, Defence) College of Nigeria, Abuja (2001-2013) and the Institute of Strategic Studies, Bwari, Nigeria (2012). He is the author of The Nigerian Press, Hegemony and the Social Construction of Legitimacy, 1960-1983 (1992) and is co-editor of seven books, among others. His articles have appeared in such leading journals as The Journal of Commonwealth and Comparative Politics; African Affairs; Journal of Modern African Studies, and Media Culture and Society, among others. He was Director, Centre for Social Science Research and Development, Lagos, and the first Director-General of the Obafemi Awolowo Institute of Government and Public Policy, Lekki, Lagos. His latest presentations include “The Humanities Landscape before the AHP and the Situation Today”, Inaugural Meeting of the Project on Mentorship, American Council of Learned Societies (ACLS)/ Carnegie Corporation of New York (CCNY) African Humanities Programme (AHP), Kampala, 12-16 June 2017, and “Nature and Essence of Social Research: The Science Transdisciplinary Overlap”, Faculty of the Social Sciences, University of Ibadan/ Consortium for Advanced Research Training in Africa (FSSUI/CARTA) Graduate Advanced Seminar (GAS) in Social Science Research Methods for doctoral Students, FSS Large Lecture Theatre, Ibadan, 19-21 June 2017