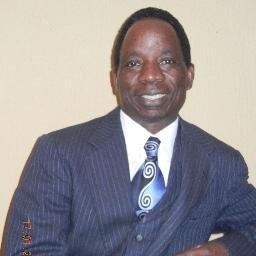 David Olugbenga Ògúngbilé is a one-time Head of Department in the Department of Religious Studies, Obafemi Awolowo University, Ile-Ife, Nigeria. He received his BA(1987) and MA (1992) in Religious Studies from Obafemi Awolowo University, Nigeria. He obtained MTS (World Religions) from Harvard University in 2001, and then completed his Ph.D. with a thesis on Myth, Ritual and Identity in the Religious Traditions of the Osogbo People of Western Nigeria in 2003 from Obafemi Awolowo University, Nigeria. His research engagement has been on the various manifestations, expressions, and the dynamics of religions (Indigenous Religion, Islam and Christianity)in Africa. His interpretations and analysis of indigenous religious traditions make use of mythic narratives and ritual practices, which are the principal markers of how he defines the parameters of human identities, reinforcing his interdisciplinary approach to the religious experiences of African and the African Diaspora. His contributions include: God: African Supreme Beings; in The Encyclopedia of Religion; (2nd Edition, 2005); Body Decoration; in; Encyclopedia of Religion, Communication and Media; (Routledge,2006); and Religions: Africa; in The Encyclopedia of Sex and Gender; (Thomson Gale, 2007). He has co-edited four volumes for the Faculty of Arts of Obafemi Awolowo University, Ile-Ife Nigeria, titled Locating the Local in the Global: Voices on a Globalised Nigeria (2004); The Humanities, Nationalism and Democracy (2006); Rethinking the Humanities in Africa (2007) and The Humanities and Leadership in Nigeria (2014). He has also edited Creativity and Change in Nigerian Christianity (with Akintunde Akinade,2010) and African Indigenous Religious Traditions in Local and Global Contexts (2015). His book Divine Manifestation and Human Creativity: Cultural Hermeneutics of Myth, Ritual and Identity among an African Community is being completed. He teaches Comparative Religion, Methods and Theories of Religion, and Religion and Human Values in the Department of Religious Studies of Obafemi Awolowo University, Nigeria.