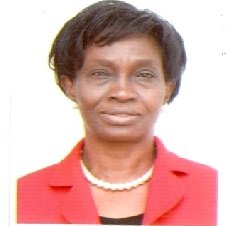 Professor Soetan obtained a PhD Management Sciences specializing in Business Economics from the University of Manchester (Institute of Science and Technology), Manchester, U.K. in 1985. For more than 30 years, she has taught several Economics courses, especially Business Economics, Industrial Economics and Development Economics, at Obafemi Awolowo University, Ile-Ife, Nigeria. Her main research interests are Business Economics and Gender and Development. She served as Poverty Specialist at the United Nations Development Programme (UNDP), Abuja from 2007-2009. With research grants obtained from international and national funding agencies, she has researched and published widely in business economics and gender and development. Her professional experience includes serving as a Consultant on Development issues to several international agencies such as UNDP; Commonwealth Secretariat, London; ILO; UN Habitat; ECOWAS Secretariat; UNFPA;WHO; UNESCO; UNIDEP, Senegal; CODESRIA, Senegal; and UN Women. She has served in various capacities at Obafemi Awolowo University: as Acting Head, Department of Economics,(2001-2002); Member Business Committee of Senate, (2010- 2014); Director, Centre for Gender and Social Policy Studies (2010-2014); during which period the Centre partnered with several national donor agencies to institute knowledge networking with other Universities in the USA and the West African sub-region. She recently co-developed the Gender and Transformative Leadership Modules approved by the National Universities Commission for use as a Gender Studies elective for undergraduate students in Nigerian Universities. She is a member of the Selection Committee, Obafemi Awolowo Prize for Leadership of the Obafemi Awolowo Foundation and has also served on the Governing Board of the Institute for Development Alternatives, South Africa, (IDASA) and the Nigeria Institute for Social and Economic Research (NISER). She is currently a member of the Governing Board of Obafemi Awolowo University, Ile-Ife, Nigeria. She is widely travelled and has published several scholarly articles in both local and international journals. She is a Fellow of the International Working Group on Gender and Macroeconomics. She’s has also been a member of the following professional bodies: Association of African Women Scholars (AAWS); the Association of African Women for Research and Development; the World Economics Association (WEA) and a life member of the Nigerian Economics Society (NES).