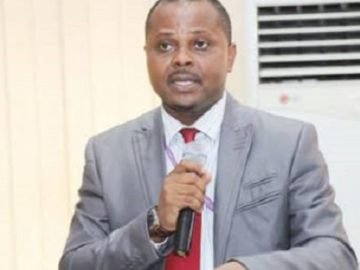 Sheriff F. Folarin (PhD), a 2007 United States SUSI Fellow at the University of South Carolina (USA), a 2014 Carnegie African Diaspora Fellowship Host-Scholar, and a 2011-2013 Classroom Beyond Borders International Partners’ Institute Visiting Scholar at Ithaca College, New York, is a Professor of International Relations. Professor Folarin was Head of the Department of Political Science and International Relations, Covenant University, as well as the founding Coordinator and later Director of the University’s International Office and Linkages. Until 2012, he was the pioneer Deputy Director and later Ag. Director of the African Leadership Development Centre (ALDC) in the same institution. Folarin was Chairman of the University Media and Publicity Committee and University Ceremonies Committee. He is currently a University Orator.

Professor Folarin has, for the past 18 years, from the University of Ibadan (Nigeria), been a committed scholar, researcher, writer and a passionate teacher and mentor of students, which have earned him several awards at home and abroad. His responsible approach to assignments has made him appointed, in the last twelve years, into numerous committees and positions in the institution, including founding and leading the University’s Literary and Debating Society, chairing the Local Organizing Committee (LOC) of the 11th National Conference of the Fulbright Alumni Association of Nigeria (FAAN) in 2012 (which was the first time a private institution in Nigeria would be hosting the annual event), and serving between 2006 and 2012, as a member of the Covenant University Convocation Planning Committee.

A public-spirited intellectual and social commentator, he has been privileged to contribute on national and international issues on notable television and radio programmes, has published close to 400 newspaper articles, is a long-standing writer of the internationally acclaimed newspaper column, “Uncensored” and a pioneer Visiting Member of the Editorial Board of National Mirror newspapers.