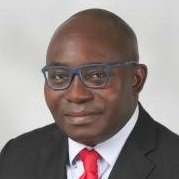 Prof. Wale Adebanwi is the current Director of the African Studies Centre and the Rhodes Professor of Race Relations for the School of Interdisciplinary Area Studies at University of Oxford, Oxford, UK. He is a fellow of St. Antony’s College, University of Oxford and has been a co-editor, Africa for the Journal of the International African Institute since 2015. Prior to holding his current position, Prof. Adebanwi served as a professor in the department of African and African American Studies at University of California – Davis, a visiting professor at the Institute of Social and Economic Research (ISER), Rhodes University in Grahamstown, South Africa, has held several positions in the Department of Political Science at the University of Ibadan. He has also served an associate at the Development Policy Centre in Ibadan (2000). Prof. Adebanwi is an accomplished scholar, who earned his Bachelor of Science in Mass Communications from the University of Lagos, Nigeria (1992), after which he went on to the University of Ibadan, where he received both a Master of Science (1995) and later a PhD in Political Science in 2002. Adebanwi went on to pursue a Master of Philosophy in Social Anthropology from Cambridge University in the UK (2004), where he also received a second PhD in Social Anthropology from the same institution in 2008. He is the author of numerous illustrious monographs including the recently published Nation as Grand Narrative: The Nigerian Press and the Politics of Meaning (University of Rochester Press 2016); Yoruba Elite and Ethnic Politics in Nigeria: Obafemi Awolowo and Corporate Agency. (Cambridge University Press, 2014) and Authority Stealing: Anti-Corruption War and Democratic Politics in Post-Military Nigeria. (Carolina Academic Press, 2012), which was selected as one of the Best Books on Africa in 2013. Adebanwi has also edited and co-edited several volumes and published works including a work of non-fiction in 2008 titled Trials and Triumphs: The Story of The NEWS (West African Book Publishers, 2008).